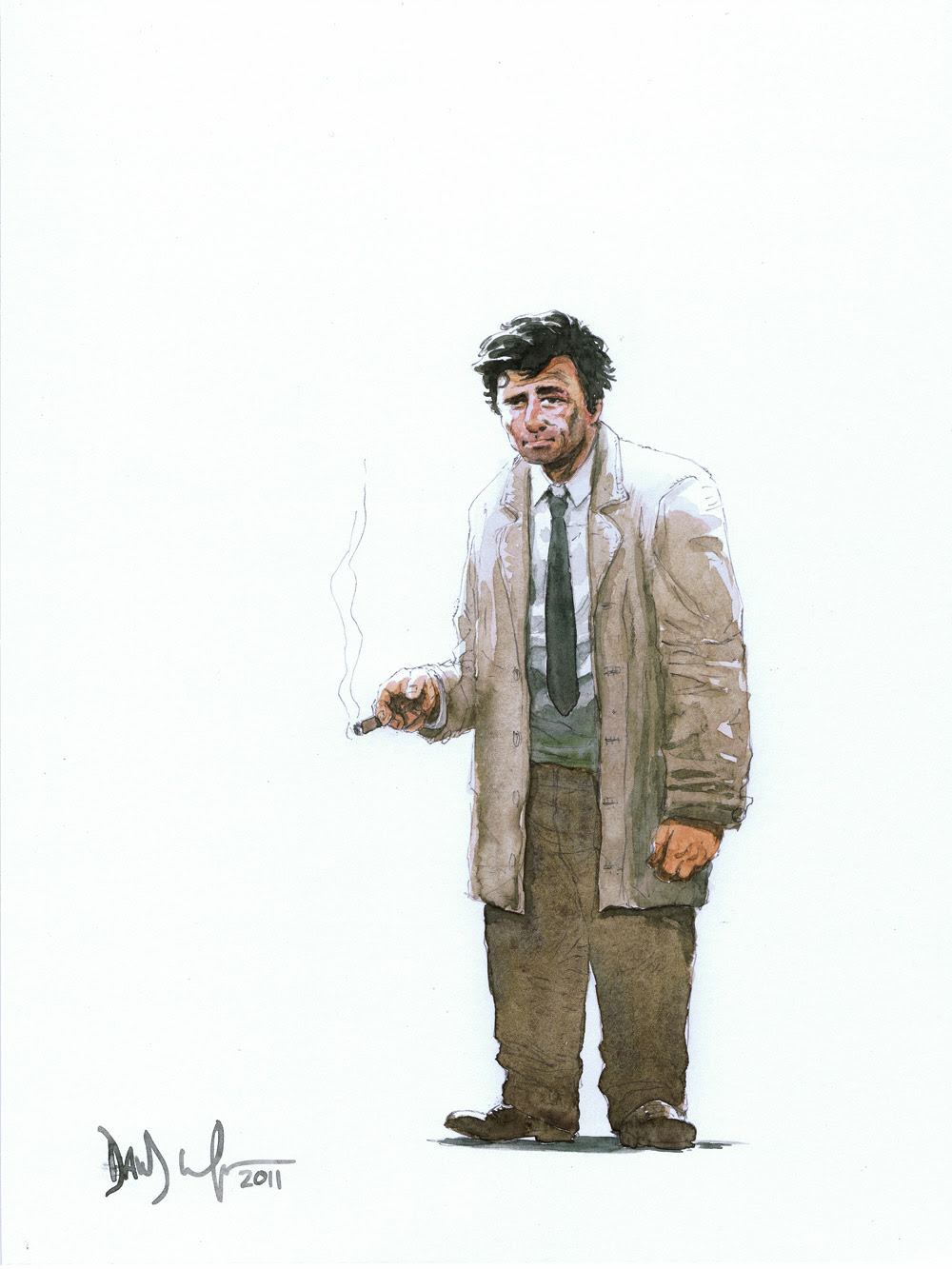 I usually pay little attention when any kind of celebrity dies. It's not someone I knew personally. So other than the typical passing thought over the loss of a fellow human, it never goes beyond that. Something was different when I learned today of the passing of Pater Falk. I grew up watching Columbo and, even at a young age, was absolutely fascinated and drawn to the character and Falk's brilliantly idiosyncratic portrayal. I was compelled to draw something.

I wasn't sure how to approach it, initially. I had several ideas, one with involving his car, that old beat up Peugeot. Another with a horrified and panicky perpetrator interrupted in a desperate phone call by Columbo, poking his head back through the door to innocently ask "...one more thing..." Ultimately, I just went with something straightforward: an unadorned image of one of my all time favorite characters, standing there simply as himself.
Posted by DaveWachter at 9:52 PM

What an absolutely beautiful tribute. It's surprising the love that is being felt everywhere for Peter Falk. I can't draw or paint but I had the same feeling.

I really hope that we see more color work like this from you. Perhaps a new type of commission that you could offer...

Man... when James Garner goes you'll be a mess.

Hey, do you do commissions? Or more directly, is that piece for sale?

I do commissions, but I'm not currently accepting any orders.

I'm afraid that the Columbo piece is not for sale.

Brilliant! One of the best pieces I have seen you do.