Posted by DaveWachter at 1:58 AM No comments:

Acroyear, of the Micronauts!
Posted by DaveWachter at 1:09 AM No comments:

The first of the sketch pre-orders for Heroes Con, Legion of Superhero's own Blok.
Posted by DaveWachter at 12:29 AM No comments:

Posted by DaveWachter at 11:02 AM No comments:

Posted by DaveWachter at 8:23 AM No comments:

Posted by DaveWachter at 5:23 PM No comments: 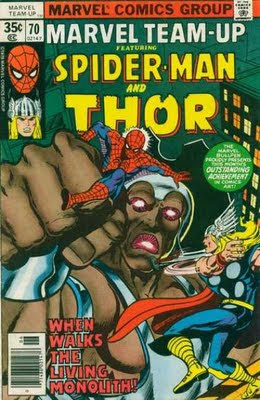 Posted by DaveWachter at 9:49 AM No comments:

Posted by DaveWachter at 9:15 AM 2 comments:

I did these for the raffle at CGS Supershow to help raise funds to get Jamie D a trip to England.
Posted by DaveWachter at 2:23 PM No comments:

I did this pin-up for J.K. Woodward for the upcoming collected edition of Fallen Angel, written by Peter David, art by J.K.. The 4th issue comes out today from IDW, check it out.
Posted by DaveWachter at 11:53 AM 1 comment:

UPDATE 5/17: My list for Heroes Con is full. STill have some room on the Summit City list.

I am now accepting sketch pre-orders for Heroes Con, in Charlotte, NC, June 3-5, and Summit City Comiccon in Fort Wayne, Indiana, June 18th. If you're going to either con, you can email me with a pre-order, which I will have finished and available to pick up at my table. I will be doing sketches at the con as well, but this helps me keep up with the demand I often receive and the sketches typically turn out better when I do them at home.


Pre-pay via PayPal to avoid carrying so much cash at the con. Just send me an email at dave@davedrawscomics.com Space is limited, so sign up early!
Posted by DaveWachter at 6:56 PM No comments:

Last Saturday was Free Comic Book Day and I was invited by the good folks at Phantom of the Attic in the Oakland neighborhood to set up at the event. I gave away a bunch of copies of the Guns of Shadow Valley preview book, sold some prints, and drew sketches for those attending. Here are the sketches from the day. You can see the rest of my pictures on my Facebook and Flickr gallery pages

note: The Jughead sketch is pencilled by Shawn Atkins, inks and wash by me.
Posted by DaveWachter at 12:34 AM 2 comments:

To celebrate my 300th blog post, I give you one of my favorite characters to draw, the Sorcerer Supreme himself: Dr. Strange!
Posted by DaveWachter at 9:56 AM 1 comment:

Another SuperShow has come and gone, and far too quickly. Every year it's an amazing show, and just keeps getting better. The hard working guys at Comic Geek Speak put on a small show with a giant heart, that's one part comic book convention, one part family reunion(one in which you like your family!)

The Geeks, as the members of the Comic Geek Speak podcast are affectionately called, started the weekend off with a pre-party at a local watering hole. Being so excited to see everyone and start the weekend on all five cylinders, I stayed up far too late, and felt the effects into the early afternoon the next day. What can I say? I was just really excited to see everybody. From the opening salvo Saturday morning I was swamped with sketch requests. I actually had a line forming in front of my table, resulting in my sketch list for Saturday being filled in the first 20 minutes. The new art book was a big hit, much more so than I expected. I sold out all of my copies, including the slightly damaged ones I sold at a discount, within that first day. I was given some prime real estate on the show floor, right by the entrance and across the aisle from where The Geeks had their tables set up. And from there I sketched my little heart out all day. That night it was back to the show sponsored party which included live geek related music from Kirby Krackle, SuperUgly, Paul French, and H2Awesome, in a room packed to capacity. There was karaoke going on before the acts too, but I missed that. There was supposed to be more afterwards, but the bar shut down the live music for the evening(Booo!) Maybe it was for the best, as I avoided embarrassing myself through song, and actually got to bed at a reasonable hour. Well, "reasonable" if I was still a college kid.

Sunday was back to sketching, which included an hour long break away from the table to participate in the Quick Draw Contest panel. Two teams of five artists faced off against each other in various rounds of sketches with only 1-5 minutes to put image to paper. On the opposite team, Fred Chao started laying on the smack talk early. I didn't start this battle, but I was ready to finish him off without mercy! It was really a lot of awesome fun, moderated by CGS's Peter Rios (a real game show host in the making) and in front of an enthusiastic packed crowd. I'm certain that my team won the game. We had a great team, and we brought the heat! Returning to my table, I managed to get my last sketch finished at about 15 minutes before the end of the show. Then I ran around the floor trying to say hello and goodbye to everyone I knew or met that weekend as we were all packing up to go. So many awesome people all in one place, I just want to keep hanging out and shooting the bull. There's never enough time.

I want to thank all the people who made this weekend awesome: all the friends I never get to see as much as I want(let's all move to the same city!); all the new friends made whom I hope will become old friends one day; everyone who came by the table to get a sketch, book, print, or just some conversation; the Comic Geek Speak crew, Jamie, Shane, Kevin, Matt, Pants, Murd, Peter, Bryan, and Mike(the new guy) and their volunteers for putting on one of the best shows in existence and for being such good and supportive friends to me, the medium of comics, and this community; Andy Jewett for sharing his room and his friendship, Chad Cicconi for being a pleasant traveling companion, roommate and friend. I wish I could mention everybody, the many dozens of people who made this a successful and special weekend, but that would be impossible for my feeble mind and the time alloted. I hope I was gracious enough to show at least a fraction of the appreciation I felt while being face to face. As I said, it all goes by much too fast in a kind of whirlwind, from anxious anticipation, to experience, and ultimately into memory.

Here are the sketches I did at the show. You can see all of my pics, including the quick sketches from the Quick Draw panel and the headshots that I included on the back of every artbook, as well as the all too few pics I managed of some of my friends and activities from the show, on my facebook and flickr galleries.

Another pre-order from CGS Supershow, which was this last weekend. I will update more about the show when I make it home. Posting on the road from my phone is excruciating.
Posted by DaveWachter at 7:40 AM No comments: