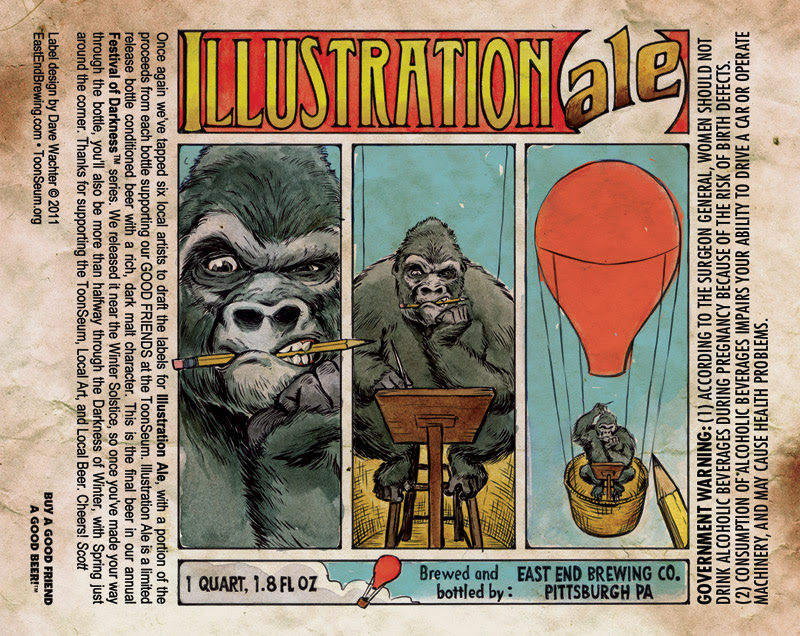 Last year, six artists were asked to create original label designs for Illustration Ale, a limited edition brew from East End Brewing Company here in Pittsburgh. Proceeds from the sale of each bottle go towards the Pittsburgh Toonseum. I guess it was a success last year, because they did it again, and this time I was asked to create one of the labels. Five other awesome local artists contributed as well: Mark Bender, Vince Dorse, Jasen Lex, Nathan Mazur, and Ed Piskor.

There's a Release Party event February 4th at the Toonseum, where us artists will be signing bottles and, it goes without saying, trying the new brew. You should come.

So here's a look at my label design. I wanted to try and put an actual multi-panel comic onto the bottle. Also, I wanted to harken back to something classic, so it's modeled after a Little Nemo page. And I like apes, so there ya go. 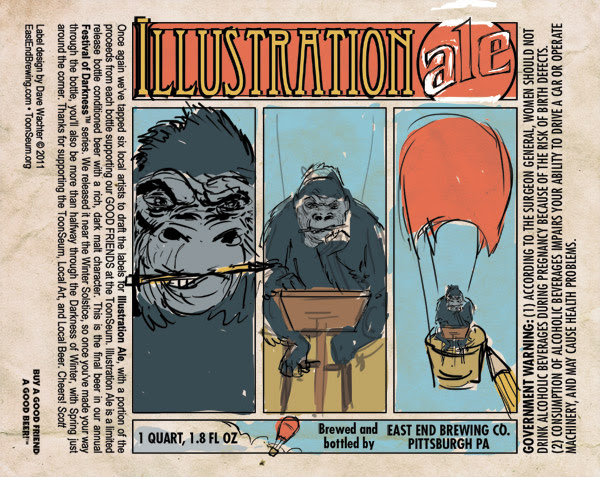 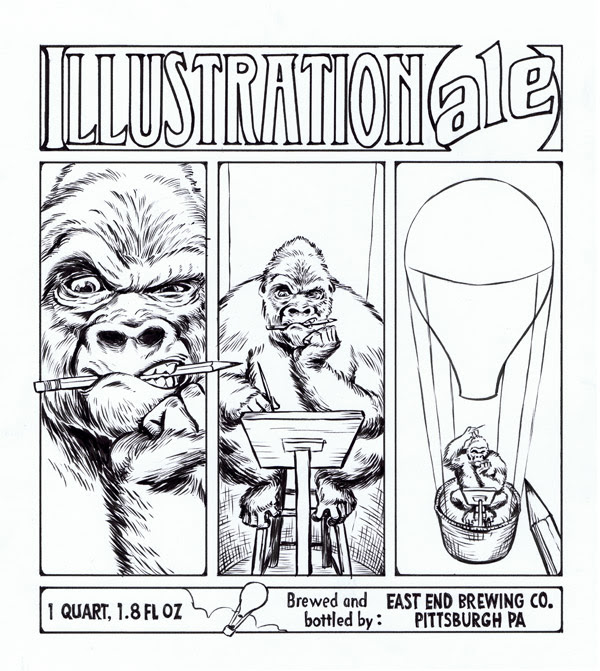 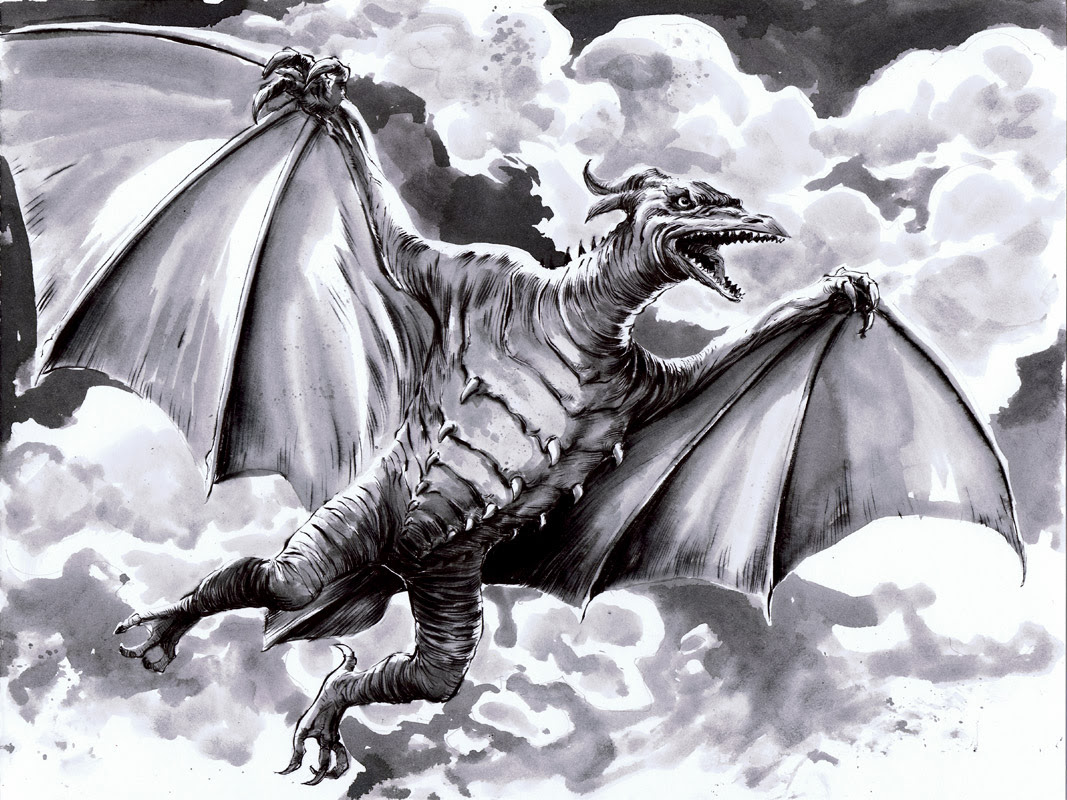 Posted by DaveWachter at 9:23 AM 2 comments: 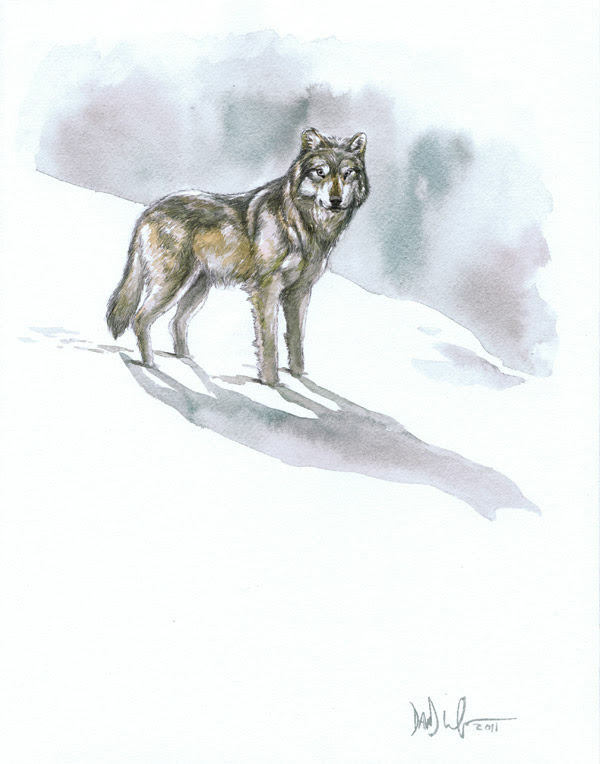 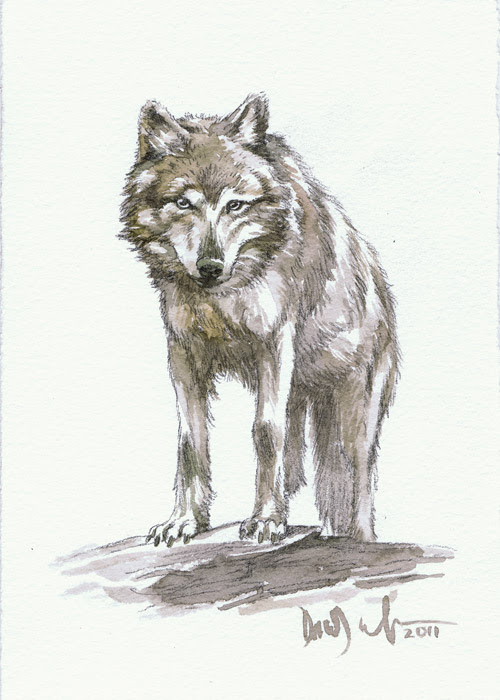 Two watercolor paintings of wolves done as Christmas gifts.
Posted by DaveWachter at 11:26 AM No comments: