Posted by DaveWachter at 8:45 PM No comments:

The first of the Holiday Commission sale. Hopefully blogger won't cut the picture off again. If so, click the pic to see the whole thing.

Edit: Yep, Blogger is still cutting them off.
Posted by DaveWachter at 6:14 PM No comments:

Posted by DaveWachter at 6:59 PM No comments:

With the Holiday season approaching, and my move to Cincinnati nearly complete, I'm opening the doors for commissions, to be completed in time for Christmas.

To commemorate the upcoming season, and as a form of celebration over the election, I'm offering discounted prices as well as free shipping to anywhere in the contiguous United States.

I'll be doing 11x17, inks with grey tones =  This price structure is a limited time offer, after this round of commissions the prices will be going back up.

Added Bonus: even though Halloween is over, I'll knock another $5 off the price for anyone who wants a monster as the subject of their commission. I just love to draw monsters!

I hope to hear from you!
Posted by DaveWachter at 3:22 PM No comments: 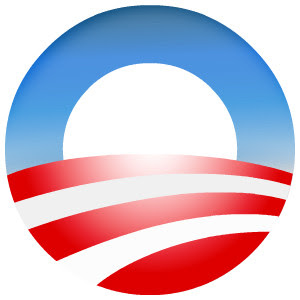 Posted by DaveWachter at 10:43 AM No comments:

This was one I didn't get a chance to finish at the Windy City Comicon.
Posted by DaveWachter at 6:26 PM No comments:

Last, last weekend, (yes way back then) I exhibited at the first annual Windy City Comicon. Organized by my buddies from the Around Comics podcast: Brion Salazar and Chris Neseman, the goal was to bring a comic convention back within the city boarders and have it focus on, get this, COMICS! It was a bit of an ordeal for me to attend the show. I had just moved away from Chicago just the weekend before, to my new place in Cincinnati. Once everything was in the new apartment(I've got too much stuff. A 17ft truck worth and then some!) I unpacked the computer and drawing table first so I could knock out the sketch pre-orders.

On that Friday, I journeyed back north with my parents, as they wanted to spend the weekend with my brother up there while I was at the con. I picked up Pat Loika from O'Hare airport and after a meal at a nearby bar called The Black Beetle, we crashed on air mattresses in my old empty Chicago apartment. (By the way, the new paintjob throughout and the tile work in the bathroom really helped the old place out. Only wish it had happened sometime in my 7 and a half years of residence there.)

Saturday was show day. The short drive to the Center on Halsted was punctuated by the appearance of Chris Neseman on the corner, taking a quick smoke break no doubt. He helped us unload the trunk of the Toyota and directed my to a primo parking space on an adjacent street. The show was almost immediately busy. On my way to the bathroom, I was surprised that I had to squeeze through a significant line of eager con goers. I hadn't finished my pre-orders, not even close, so I busily got to work on those before the doors opened. And after they opened. And past lunchtime. Okay, pretty much the whole day. I saw lots of old friends again, people from around town and some who had even come in from around the country. I finally got to meet some great people I have only known from their online persona. I was talking and sketching all day, with hardly a break for the bathroom or my patented pb&j crafting convention lunchtime show. The con preview edition of The Guns of Shadow Valley was flying off the table and I was doing my best to keep up with my promise of a head sketch on the back of every book sold. For a one day show, or one day of any other show, I was really surprised and proud of how many copies were traded for a pair of greenbacks. There were even some costumes at the show. Spider-man swung in for an appearance, as well as the linebacker edition of Mr. Freeze, and a few others that I noticed. And, of course, it wouldn't be a comic book convention without a Stormtrooper showing up. The floor was crowded the whole day. Chris, Sal, and their cadre of diligent volunteers were busy keeping things running smooth as silk. For their first show, or any show really, I was extremely impressed. I finally got to walk the con floor for the last 20 minutes , just in time to say 'hi' and 'bye' to some folks. I missed out seeing a lot of the other exhibitors who were there, but that's part of the tradeoff when your that busy. One of these days I hope to take it easy at one of these things, not worry so much about all the sketches and book sales, and just enjoy the company of the other half-crazy comic book denizens with whom I am sharing this weird and thrilling ride.

The after-party at Villains Bar in the South Loop was tons of fun. Finally a chance to just hang out, have a couple of drinks, and enjoy the company. The little halloween-themed stage show they put on was a pleasant diversion. After that a few of us traversed north again to nice little spot called Delilah's. A little quieter and more intimate, I was able to fully enjoy my last hurrah in Chicago. Ah, the memories. Do they have a lost and found?

On Sunday, Pat and I devoured breakfast/lunch at my favorite spot: Uncle Mike's. It was a blustery afternoon for us to make our way downtown to Millennium Park again, but Pat just loves that giant bean! Then, north up Michigan Ave to catch a showing of the Coen Bros' Burn After Reading. It was a weird little movie. Very darkly funny and enjoyable, just don't get too attached to the likable characters. I took Pat to a couple of the better Chicago comic shops: Darktower and Challengers. Dinner at the crappy little Chinese take-out joint near my place then an early bedtime. The next morning was Uncle Mike's again. We went there 3 times and Pat got the same thing each time. Pat, I know it's good, but there's more to life than the Honey Ham and Chicken Sandwich! Then to my regular Wednesday haunt, Brainstorm Comics, where we talked it up with proprietors Matt and Robert, I made my final comics purchase, and said my goodbyes. It was almost like breaking up with a girlfriend because we knew we couldn't make a long distance relationship work. Then a quick drive back up to O'Hare where Pat and I departed company. It's always a little sad, but we'll see each other again, never soon enough.

From there it was a straight shot out of town and down to Cincinnati. While negotiating the always insane Chicago highway traffic I caught a few glances back at that unforgettable skyline. I thought briefly on a few of the fond memories, all the way back to when my Dad dropped me off at college, the beginning of this 15 year journey. Slamming the breaks to avoid the BMW cutting me off in tight traffic, I focused my attention forward.

Pat, me, and Andy Jewett: