More for Heroes Con. I don't know how many more ways I can draw ol' Franky boy.
Posted by DaveWachter at 6:50 PM No comments:

Another pre-order for Heroes Con.
Posted by DaveWachter at 11:14 AM No comments:

Hawkgirl and Hawkman, round 2

If you're going to Heroes and want to pre-order a sketch, check out the info here.
Posted by DaveWachter at 10:46 AM No comments:

Posted by DaveWachter at 11:38 AM No comments:

This color concept sketch and pencils are the preliminary stages of the album cover for Jim Clark's first album: Ukulele Jim's Authentic, Down Home Marital Aid. You can listen to some of it here: myspace.com/ukulelejim

The image concept is based on old snake oil labels from the early part of the 20th century. Like this: 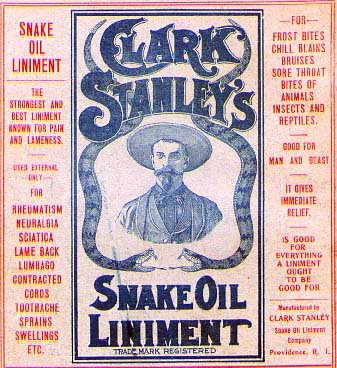 I am now accepting sketch pre-orders for Heroes Con, which takes place in Charlotte, NC June 19-21. If you're going to the con, you can email me with a pre-order, which I will have finished and available to pick up at the con. I will be doing sketches at my table as well, but this helps me keep up with the demand I often receive and the sketches typically turn out better when I do them at home. The price structure is as follows:

You can pre-pay via PayPal to avoid carrying so much cash at the con, or you can pay me when you pick it up at the show. Just send me an email at dave@davedrawscomics.com

Space is limited, so sign up early!
Posted by DaveWachter at 2:24 PM No comments:

Another mini-commission.
Posted by DaveWachter at 11:04 AM No comments:

Just finished this mini-commission.
Posted by DaveWachter at 3:59 PM 2 comments:

A drawing I did for Ma.
Posted by DaveWachter at 1:03 PM No comments:

Today was Free Comic Book Day! Nature provided a beautiful day to enjoy driving all over town, sunny and in the 70s. I went to 5 stores in the Cincinnati area. Some were definitely better than others. A couple of the shops were downright depressing, suffering from all those bad comic shop stereotypes. I mean, seriously, at least have a sign on your store! When I see nothing but a sea of longboxes I almost turn right around. And is that stuff just piled all over the place? C'mon! I think I was definitely spoiled when I lived in Chicago, where Brainstorm was my local shop. That was a great store. I mean, it still is, but I'm not around there anymore. On FCBD they always carried every available title and you could pick up to 5, and they always had some killer sales going on. But that's in the past for me, this is about the present!

I started at my local shop just two blocks down the road, Queen City Comics (sorry, no link because they don't have a web site. I know!). There, I could select one book out of 10 or so "Gold" comic choices. From there I traveled to Clifton Comics, a hip little shop in a college area. I could select up to 3 titles there. They had a nice selection of trade paperbacks, so I grabbed a copy of Heathentown. I think it was on sale, though my memory is fuzzy on that. Then I traveled to the west side of town to Up, Up and Away. A nice store, pretty big, very open, bright and clean. I took away 3 books from a selection of about 5 or 6. Not much to choose from. It looked like they had run out of a few titles by the time I got there, which I thought strange since it was still early afternoon. Clearly, they didn't carry all the available titles, probably just the "Gold" selections. They seemed to be doing brisk business, there were folks everywhere. Lots of kids at this store, which is nice to see these days. I bought Airboy, from Moonstone publishing, Mister Universe from Image, and the latest Ghost Rider issue. I wanted to grab a trade instead, but all there trades are shrinkwrapped for some reason. I like to see what I'm buying before I lay my money down, call me crazy. Next I went north to Mavericks. This is actually the first shop I ever stepped into as a kid growing up in Cincinnati. I got 2 free comics, and bought an issue of Frank Frazetta's Creatures from Image. That's all I really want to say about this shop. Keepin' it positive! Finally I went to Captain Comics in the Mt. Washington area on the east side of town. I nabbed 2 more free books and bought an issue of Conan. What I said about Mavericks I'll say about this place, and that's nothing.

Out of these five comic book stores, the shop I most enjoyed was Clifton Comics in the hip Clifton neighborhood near UC. It's a tiny, tiny store but they had a great selection of stuff, lots of Indies. It was hopping busy when I was there, not just people getting the free books, but lots of shopping and conversation happening. They had most of the FCBD titles available and the staff was friendly. I think I'll be returning to this store now and again. Posted by DaveWachter at 7:37 PM No comments: